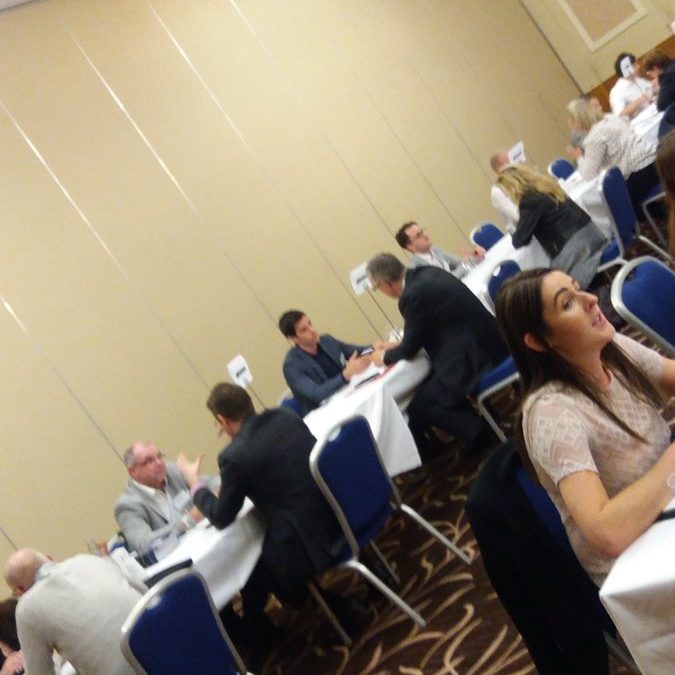 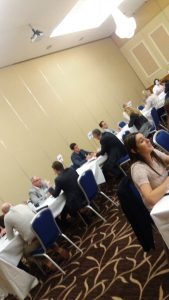 The room was abuzz and half the visitors had not attended before, so there were plenty of new connections. Amanda Torrens and Austin O’Callaghan from Salt Caves Ireland were first to arrive to the Networking Donegal event, followed closely by Nicola Sheerin from HSF Ireland and Christine Chambers from EBS Letterkenny. Bert the Builder Galbraith was promoting a Donegal Business Network open event on November 15th in Radisson Blu Hotel at 6.45 am everyone welcome. Pascal Curran from Advice First backed him up on that promotion.

Representing the 5 local business networks at the Networking Donegal event we had:
1.   Toni Forretser from the Letterkenny Chamber reminding us about the Spooktacular event on October 31st.
2. .  Emma Boylan representaed JCI Donegal and also
3.    BNI Stronghold who are to hold a meting in Donegal Town soon, whilst
4.    Julie Szabo represented Donegal Women in Business and was promoting their event on November 1st in Kees Hotel from 7.00 pm to 9.00pm. Members free non members just €10 –  Lets Talk Law – delivered by Rachael Gallagher Solicitors of Donegal Town
5. Donegal Business Network was ably represented by Garry Clarke of Lanigan Clarke who again highlighted the Open Event on November 15th. 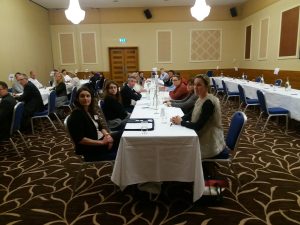 Everybody got to mix and mingle before and after the 90 minutes Speed Networking and got 3 minutes with 16 other business people. Water is in serious demand. Gillian Hamilton of Chiq Maternity was parched. Austin O’Callaghan was in need of a Salt Cave to refresh after a hectic 90 minutes.Frances Spears from Mourne Antiques rushed over after closing the shop and made up the last coupling. Tracy Peoples from Premier Services in Milford, was very happy to have made the trip as was Karen Stewart of Even Keel in Derry, whilst Grainne McGettigan of Cancer Care West came from Donegal Town, as did Joe Coyle who is promoting a new venture in Coaching 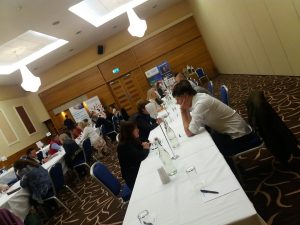 As usual Toni Forrester was very giving of her time, ensuring that the event went according to plan, helped by Elaine Rodger from Tech NorthWest SkillNet who support the Not for Profit initiative and as usual the Radisson Hotel was an ideal venue for this type of event. Many thanks all round.

The next date will be late January – details to follow, when we get consensus on a suitable date. Suggestions welcome. Maureen Hamilton from FloorIT asked if we could get to meet more people at each event, but most people are close to hoarse afer 90 minutes. Mingle Maureen mingle 🙂